Write and present a two-page paper explaining your casting choices for one of the plays that we have read so far. You can cast any actors you’d like, but you need to explain your choices and demonstrate a “vision” for your production. For example:

“I chose an all-Australian cast for my production of Hedda Gabler, which allows me to showcase artists whose work is not often seen in the United States. At the same time, I’ve cast Cate Blanchett, well-known stage and screen actress in the lead role to encourage interest in this production by those who may not be regular theater-goers. Ms Blanchett’s previous work such as blah, blah and blah demonstrates her range as an actress while blah role in particular shows that she is capable of a embodying the role of Hedda in a way that coordinates with my vision for this production. Blah, blah, blah…”

You will present your paper to the class on Friday, July 1st

The prompt: You went to a party with your roommate over the weekend and somehow your roommate ended up in jail. Now you have to write three letters explaining the events of the evening – one to a mutual friend, one to your roommate’s parents, and one to the judge.

Form a group of three to write the letters. WORK TOGETHER to compose all three letters. AFTER YOU FINISH THE LETTERS: Discuss the letters as a group. Consider how audience, topic, and purpose work together. How did your style change based on these factors?

Be prepared to share some of your letters and your conclusions based on your discussion with the class. We will then continue the discussion of audience, topic, purpose, and style as a group.

The 2009 Roundabout Theatre production of Hedda Gabler was sound designed by the artist PJ Harvey – not exactly who I think of when I think of nineteenth century Norway. Who would you use? I want you to find a song that you would use in your own production of Hedda. It can represent the themes of the play, the setting or an individual character, but you need to explain, in writing, why you made that choice.

Please write a half a page to a page explaining what it is about that particular song that makes you think of Hedda. Remember, just like the examples that you use in your papers, it is not enough just to give the example and assume that it is clear to the reader how you reached that conclusion. Explain exactly why the example (the song) that you chose is an appropriate choice for Hedda. Think of this as a body paragraph in a longer paper. You’ll need a topic sentence explaining your choice, you’ll need to present your example (your song) and you will need to persuade your reader of how and why that song is appropriate.

I would also like a copy of the lyrics, which you should be able to find on the internet.

Next week, you will present your song to the class. I want you to play it for us and then explain your artistic choice to the group. I will provide a CD player and iPod speakers or you can play it as a youTube clip on the screen.

We won’t get through everyone’s presentations on Tuesday, but I still want you to come prepared to present on Tuesday (It wouldn’t be fair if some of you got more time than the others to work on this).

YOUR WRITTEN EXPLANATIONS WILL BE DUE TO ME ON TUESDAY IN SECTION!

Your papers should be 4-6 pages, double-spaced, MLA format and address one of the following prompts:

Remember to include a bibliography and keep in mind that your paper can (and probably should) make reference to the secondary sources that we have read as well as the plays (articles, reviews, introductions, etc…)

Your rough draft is due Friday July 8. We will be doing peer review in class – please bring a THREE copies of your paper to class – one each for your peer review

partners and one for me. Remember that the grade you receive on the rough draft will be 25% of your grade on the final draft, so you need to come to class on Friday with a COMPLETE draft of your paper. 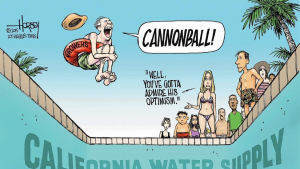